The Rise and Fall of Offshore Medical Billers 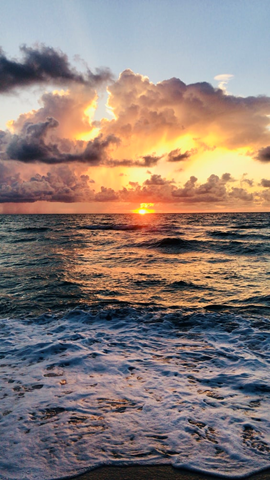 A trend began several years ago for practices to move billing and coding offshore to save money, which has often led to crippling the practices rather than adding any advantage in terms of being more effective, efficient and productive. And money has often been lost rather than saved.

A January 2019 “For The Record” article titled Is Offshore Coding Dead in the Water? tells of a two-year study involving six hospital systems. In an apples-to-apples comparison of USA coders and offshore coders, the offshore coders were less accurate and productive than the USA coders. There was a higher denial rate and lower reimbursement resulting from a lower case mix index. Additionally, offshore coders required longer onboarding.

In the end, the savings realized from employing lower-wage offshore coders was lost to productivity issues and lower reimbursements. All variables considered, offshore coders cost hospitals $3.10 per hour more than their American counterparts.

The study, which was presented in detail at the 2018 American Health Information Management Association (AHIMA) Convention was the first of its kind, and it appears the findings are the first solid numbers supporting a move away from offshore coding solutions. However, warnings from various sources existed long before the study was begun. Law firms, healthcare organizations, publications and IT groups were among those sounding alarms.

As far back as 2012, the Liles/Parker Law Firm, which specializes in Healthcare Law, warned of security and legal issues arising from the use of offshore groups in an article titled Overseas Outsourced Billing and Coding – Compliance Risks. The article opens with, “Thinking of sending your medical billing and coding functions out of the country? You better think twice. While overseas outsourced billing is growing in popularity for medical office functions, this practice represents a unique set of problems for both physician practices and 3rd party billers. And the news is just getting worse." Some points made in the article include:

The 2013 HIPAA Omnibus Rule prevents medical providers from enforcing HIPAA laws in foreign countries. Providers are responsible for improper disclosures and breaches with business associates and their respective subcontractors overseas. Thus, if a provider offshores billing or EMR the provider is responsible for all HIPAA fines, which could be as much as $10,000 per violation.

There are some so-called "USA-based" medical billing companies that have home offices in America, but offshore the majority of their work. These companies are dependent upon their foreign workers, but as American companies they have to answer to their clients when problems arise offshore.

A 2013 "Fierce Healthcare" article titled 32,000 Patient Records Exposed On Contractor's Unsecured Website tells of a Tennessee-based hospitalist and intensivist group that contracted with an India company to transcribe care notes dictated by physicians. The contractor was supposed to store protected patient health information on a secure website, but its firewall was down between May 5 and June 24 before the Tennessee group discovered the problem.

The article reports that according to the Ponemon Institute, considered an eminent research center dedicated to privacy, data protection and information security policy, 94% of 80 participating healthcare organizations polled had experienced at least one data breach that they were aware of in the previous two years. Those breaches cost organizations a total of $6.78 billion annually.

Scouring the Internet for multiple IT company remarks on offshore medical billing and coding, here are some summarized views:

Some USA-based groups are pushing Congress to strengthen the HIPAA laws by making offshore medical billing illegal. One such letter to Senators and Representatives contains:

"A foreign workforce is not accountable to the HIPAA laws, and since the HIPAA laws cannot be enforced overseas, we ask that you protect us by keeping medical billing within the United States. In addition to the security that comes with a USA-based labor force being held accountable to HIPAA laws, this move would also keep medical billing jobs in America. We need your presence in Washington to create and pass legislation that safeguards our sensitive data and preserves the medical industry. Do not work so hard to create safeguards within HIPAA only to see them undermined by offshoring."

With deep knowledge of offshore billing issues, ClaimCare steps in with distinctive elements and nuances as a professional medical biller to solve the majority of problems that result from the offshore billing and coding model. In doing so, ClaimCare brings unique solutions that are designed to support effective communication, offer up-to-date healthcare intelligence and security, deliver the right information at the right time and fulfill our mission “To collect the maximum amount for your practice as fast as possible while helping to alleviate costs and hassle for your organization.”

ClaimCare has 30 years of medical billing experience. We have an established 100% USA-based medical billing team that has been assembled through a thorough pre-employment screening. All personnel participate in on-going training and strong process management to ensure they deliver only the highest quality medical billing services to clients.

For more information, contact sales@claimcare.net, or phone toll-free at (855) 376-7631, or visit the ClaimCare Medical Billing Company website. We can assist your practice and/or facility in numerous ways, including complete certification processing.

If you have  specific topic or question you would like to see covered in this blog then please post the question on the Medical Billing Question & Answer Forum.

If you have a question about ClaimCare's Medical Billing Services please utilize the form below.