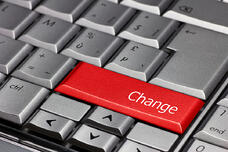 Big medical billing changes are coming for the frequently used and often abused modifier 59. It is critical that all coders and providers be made aware of the changes to the utilization of Modifier 59 (Distinct Procedural Service) that will go into effect January 1, 2015. Additionally, as a medical billing company, we often find that clients will set up their billing systems to have an automatic default that adds Modifier 59 to specific codes. Starting January 1, 2015 that will no longer be the appropriate utilization and will no longer be applicable. On August 15th, CMS released the final ruling for the appropriate use of Modifier 59 and the changes that will take effect January 1, 2015.  Transmittal 1422, CR8863 details new modifiers to be used in place of modifier 59.  The new modifiers will impact NCCI (National Correct Coding Initiative) edits utilized by CMS MAC Carriers. Studies have shown that the modifier 59 is both commonly used and commonly abused. According to the 2013 CERT report $2.4 BILLION dollars was paid on claims containing modifier 59 with a projected error rate of $450 MILLION. The error rate is not exclusively attributed to modifier 59, but if only 10% of those found to be in error were due to the modifier 59, that would represent a $45 MILLION dollar error. CMS has established new HCPCS modifiers to define subsets of modifier 59 which was previously used to define a “Distinct Procedural Service” CMS will continue to recognize modifier 59, however due to the over utilization of Modifier 59, it should not be used beyond December 31, 2014. As a default, at this time CMS will initially accept either a -59 modifier or a more selective – X {EPSU} modifier as correct coding, although the rapid migration of providers to the more selective modifiers is encouraged. However, these modifiers are valid modifiers even before national edits are in place, so contractors are not prohibited from requiring the use of selective modifiers in lieu of the general -59 modifier when necessitated by local program integrity and compliance needs.

Thus, our recommendation for all providers, coders and medical billing companies is to prepare to replace utilization of Modifier 59 with the distinctive descriptors as follows: These modifiers, are referred to as -X{EPSU} modifiers, and define specific subsets of the -59 modifier. CMS will not stop recognizing the -59 modifier but notes that CPT instructions state that the -59 modifier should not be used when a more descriptive modifier is available. Our recommendation is to ALWAYS use the subset more descriptive Modifier EPSU’s. CMS will continue to recognize the -59 modifier in many instances but may selectively require a more specific – X {EPSU} modifier for billing certain codes at high risk for incorrect billing.

WHAT THIS MEANS FOR YOU

All practices should monitor the utilization of modifier 59 to ensure that it is currently being utilized in the appropriate manner.  In light of this major upcoming change, we encourage all Practice Administrators to check with your certified coder or medical billing service to insure they are prepared for this modifier 59 alteration.  Inform your providers.  Make sure that there are no defaults set up in your practice management system that automatically default modifier 59.  And above all, ensure that you are properly documenting any distinct service.  January 1st is just around the corner.  Stay on top of continuing updates and changes by signing up for our medical billing blog.

If you have  specific topic or question you would like to see covered in this blog then please post the question on the Medical Billing Question & Answer Forum.

If you have a question about ClaimCare's Medical Billing Services please utilize the form below.